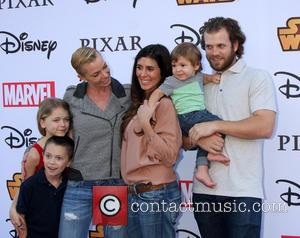 Actress Jaime Pressly has filed suit against her former business manager over allegations of fraud.

The My Name Is Earl star claims Daniel Rivero failed to consult her when he allegedly made a series of bad investments with her money, and she only discovered the loss in 2013 after noticing irregularities in her finances.

He was subsequently fired, and a full investigation into her accounts turned up a string of other questionable charges.

In legal papers filed in Los Angeles Superior Court on 16 January (15), Pressly reveals she needed a $200,000 (£125,000) loan for a property purchase in 2008, and was reportedly advised by Rivero to use the low-interest services of Residential Equity.

In addition, the actress accuses Rivero of making an unauthorised $50,000 (£31,250) loan to bosses at a personal management company called Rocklin Management and paying over $200,000 (£125,000) for landscaping services for her home. She further alleges Rivero falsified invoices for the services, according to Entlawdigest.com.

She is seeking at least $900,000 (£562,500), plus interest and punitive damages, for breach of fiduciary duty, constructive fraud and professional negligence.

Rivero has denied all of the allegations.

Pressly: 'Divorce Has Nothing To Do With Dui'

Pressly Pleads Not Guilty To Dui

Jaime Pressly Got Married Too Soon