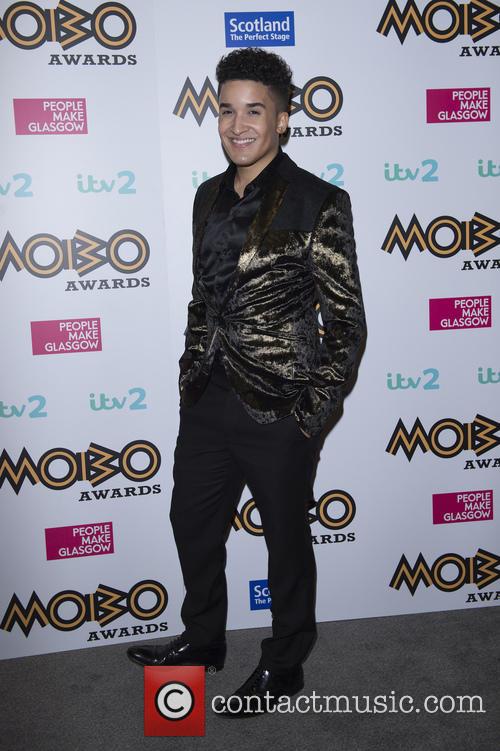 Richard And Adam Living The Impossible Dream After Britain's Got Talent

They beat out another talent show star for #1.

TV talent show winners haven’t been so successful of late; think The X-Factor’s James Arthur and The Voice’s Leanne Mitchell. But Britain’s Got Talent Winners – Richard and Adam – have topped the U.K album charts following their third-place finish on Britain’s Got Talent.

In doing so, they beat another talent-show product, x factor runner-up Jahmene Douglas, off the top spot. Richard and Adam’s profile was raised somewhat when a woman ran on stage to throw eggs at Simon Cowell for his influence on the music business.

Their album - The Impossible Dream - features hearty renditions of The Power of Love, Unchained Melody, Amazing Grace and Ave Maria. "It's amazing - you've made our Nan extremely happy, so thank you to each and everyone of you who's bought the album," Adam told the Official Charts Company.

Continue reading: Richard And Adam Living The Impossible Dream After Britain's Got Talent 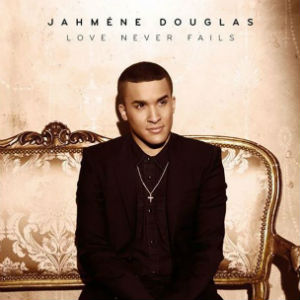 Keeping It In The Family: Nicole Scherzinger And Jahmene Douglas Join Forces In The Studio

Jahmene Douglas joined his former mentor Nicole Scherzinger in the studio for what looks suspiciously like an upcoming collaboration.

Nicole Scherzinger is back in the studio after a hiatus so long, most of us forgot her solo career had been a thing.

But that’s not all. A picture she tweeted today revealed that the X Factor judge is recording with none other than last year's finalist Jahmene Douglas. Well, it revealed that they were together in the studio at least, but that always means a collab is on the horizon, right? Scherzinger’s protégé finished second on the show last year, behind James Arthur, but it’s no surprise that she’s chosen him for a collaboration. Apparently the Whatever U Like singer has been keeping in touch with everyone from her group on the X Factor, in one way or another: “We don't speak every day but they seem to be trucking along really well. I'm happy for all my boys. They've all just got off the tour, and I know Jahmene is working on the music right now," she revealed for Digital Spy. 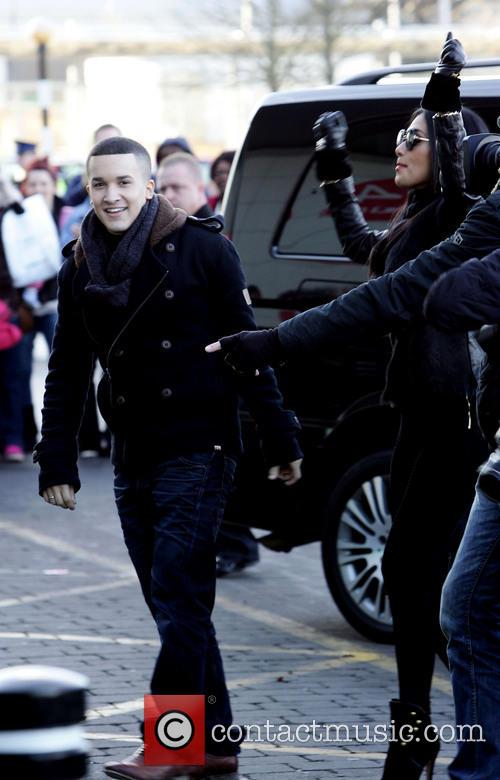 They've been tight ever since the show ended and now Jahmene and Nicole are working together as well.

Continue reading: Keeping It In The Family: Nicole Scherzinger And Jahmene Douglas Join Forces In The Studio

The big prize you get for winning The X Factor has always been an enormous record deal, plus the exposure and immediate fan base created by the show which is meant to ensure instant success. However, as the series have gone on, missing out on being the top of the pile doesn't mean you miss out on the rest of the fun, this year has proven it more than ever as runner up Jahmene Douglas has signed a deal with Sony, and both Union J and Ella Henderson have also been snapped up by the same company, and neither of them even made it to the final week.

Twitter is still the dominant platform for celebs to express their emotions and there's no change for these artists. Jahmene said:

Just announced on @reallorraine that I'm now signed to SONY. God is good :-) thank you all for getting me to where I am ! #muchlove ! xx

Jahmene Douglas - the runner up on this year's X Factor - has signed with Sony Music. The deal follows hot on the heels of Ella Henderson and Union J also putting pen to paper with the major label. Thanking his fans on Twitter, soul singer Jahmene said, "This is all down to all of your support! I'm EXCITED, eek manyblessings xx"

Despite holding the unofficial record of stretching every musical note to within an inch of its life, Jahmene clearly impressed Sony bosses and is likely to release his debut album in 2013. He's already signed on to appear in a TV advert for his former employers Asda, recording a version of Silent Night. Appearing on Lorraine Kelly's ITV show this week, the 24-year-old discussed his plans for the future, saying, "I see it as that growing process that you go through, and just a blessing because I've been through so much." Grimsby girl Ella Henderson announced her Sony deal last week, telling fans, "Thank u for your kind messages! X It's all of you who help to inspire my music!! I cannot wait for 2013," while Union J are presumably still in shock after being snapped up too.

Though history suggests The X Factor eliminees outperform the eventual winners in the charts, this year's victor James Arthur sold almost 500,000 copies of its single 'Impossible' in just one week. He remains on course to become Christmas No.1

Kye Sones could be replacing Christopher Maloney on the x factor Tour 2012. The lineup change will be discussed by the show’s executives today, after several contestants including James Arthur, Ella Henderson, Jahmene Douglas and Union J showed their support for Kye over Twitter, with tweets like “@UnionJworld: #getkyeonthexfactortour wuld love @Kyesones1 to be there. Spread the word peeps much love x” :-)”. X Factor winner, James Arthur, tweeted simply “#getkyeonthexfactortour.”

The strong backlash came after Maloney’s rant backstage at the show final on Sunday, during which the 28-year-old singer clashed with backroom staff and used offensive language towards fellow reject Carolynne Poole. His behaviour only served to earn him the dislike of both the audience and the rest of the X Factor contestants. If the show’s producers heed the popular vote, Maloney will not be appearing on the tour in 2013. Kye Sones, on the other hand, has received huge amounts of support from the X Factor contestants, despite being eliminated from the competition as early as week 5. In the spirit of the social media age,

Christopher Maloney also took to Twitter to express his disappointment with the situation. Maloney tweeted "Plz stop online abuse,all I done was follow my dream,coming 3rd was an achievement.feel gutted I didn't win an im unwell right now, plz xx."

By Jack de Aguilar in Lifestyle / Showbiz on 12 December 2012

For someone who was incredibly lucky to still be in The X Factor come the final three, Chris Maloney has been behaving like someone entitled to talent and fame. Unfortunately, for him, he's lacking the former and enjoys the latter because of it.

Following his failure on the Saturday night final, when he was voted off, Chris's exit was unceremonious to say the least. But wanting his cake (telling everyone what he thought of him not winning) and eating it (coming back to perform in Sunday night's medley) Chris has shown his immature side, turning up for rehearsals drunk, before begging to be allowed back on the show after allegedly using the c-word. Speaking to The Sun, Carolynne Poole - a former fellow contestant explained: "He came in and basically, because I didn't say hi and kiss his a***, he called me a c***. Everyone heard it, even Jahmene, who was upset. We were rehearsing the group song and he wouldn't even stand next to me."

It looks as if Chris's ridiculous behaviour, considering he always talked about making the most of his opportunity, has cost him a place on the X-Factor tour due to take place in 2013. Not only is he missing out on a highly lucrative set of gigs, but he may have proven to temperamental to work with, crushing his already farfetched dream of being a recording artist.

X Factor Update: Now The Show's Over, What Happens Next?

If you'd managed to avoid all news sources, Facebook, Twitter, and the television until now, you'll be overjoyed to learn that the bearded singer/songwriter James Arthur won x factor. Jahmene Douglas came a close second while Christopher Maloney was booted out on Saturday night.

James Arthur has said that he'll be running things creatively when it comes to making his album. He told the Daily Mirror, "I will insist I have total control. I've been given creative control throughout and I've been lucky to have my mentor Nicole Scherzinger as an ally who has helped me out when I have strongly disagreed with stuff." Adding, "I have a feeling I will be able to call the shots. They don't mess with me, I'm a badass, me."

Likewise, the 21 year old runner up, Jahmene, is set to sign a deal with Simon Cowell as well, according to the Metro. Louis Walsh said that Simon had "big plans" for both artists, and later, Gary Barlow praised both James and Jahmene, saying: "The albums are going to be great. I can't wait to listen to both of them."

Continue reading: X Factor Update: Now The Show's Over, What Happens Next?

By Jack de Aguilar in Lifestyle / Showbiz on 01 December 2012

The X-Factor has been a bit of a joke this yeah, hasn't it? Rylan Clark, with his monstrous lack of talent and baffling level of ignorance managed to go far; too far, while Christopher Maloney has managed to still be in the running despite having little to no potential to sell records. He's got his Gran to have a go at people like us.

"Those comments, they might as well say them to me - they're cutting me in two even worse," she explained, according to The Sun. "It's a tactic, I think. It's one way of swaying the votes. It's like bullying. Nobody else on the show gets those comments." She added: "I'm behind Christopher all the way but it's killing me doing it." Granny Pat got pretty annoyed last week when Christopher gave a good performance but still came in for criticism. She said: "I could cry sometimes. Even when they do say he has sung well they criticise something else, like the dancers behind them last week. He didn't pick the dancers." Poor nan, we know how she feels, but the truth is, even though Maloney is trying his hardest; he's easily the least talented act left in the competition, and that's only because Rylan's gone.

This weekend's X-Factor fun sees Jahmene Douglas, James Arthur, Union J and of course, Granny's boy, Christopher Maloney gunning it out for a place in the final. 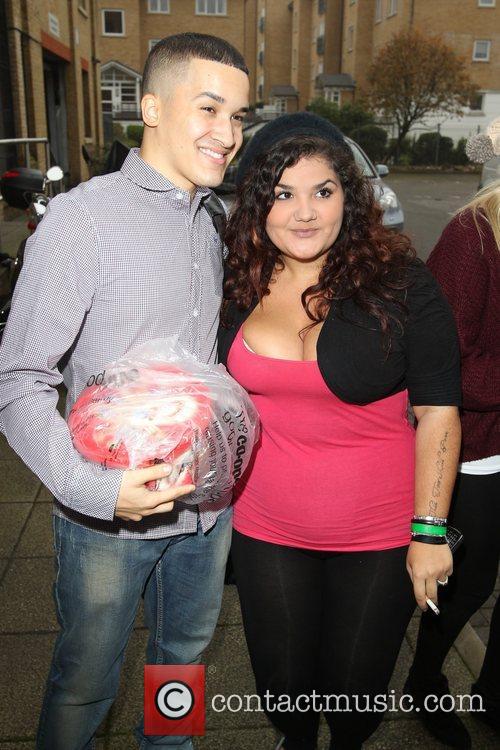