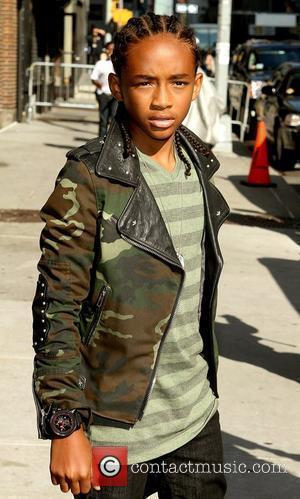 THE KARATE KID star Jaden Smith is heading back to the Far East to perfect his martial arts skills after learning how to fight in China as part of his preparation for the movie remake.
The 11-year-old actor - son of Hollywood stars Will Smith and Jada Pinkett Smith - spent last summer (09) in China training with experts from his co-star Jackie Chan's personal stunt team before shooting the action film.
Chan recently admitted he was impressed by the boy's skill and dedication to martial arts, and has tipped Smith to become the next great action star.
He said, "After the movie, I told Will, 'Don't waste his talent; he's just so good.' He's (Jaden) still training every day."
The new version of The Karate Kid has become a huge box office hit for the youngster, taking a staggering $56 million (£37.3 million) and beating The A-Team movie to the top of the box office in its opening weekend.
And Smith has no plans to quit training now he's done with the movie - and he's begging his mum to take him to Hong Kong to continue mastering his fight skills.
Pinkett Smith says, "Now he's asking to send him to Hong Kong for two months so he can continue his training. So I'll probably go to Hong Kong for two months and do that."
And the actress wants to make the long-haul journey another family affair - because her nine-year-old daughter Willow wants to improve the language skills she picked up while her brother was filming in China last year (09).
Pinkett Smith adds, "I'll take Willow because she's learning Mandarin. She loves to learn Mandarin."