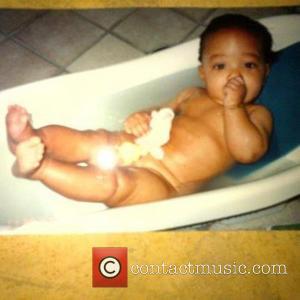 Picture: Jada Pinkett Smith posted this image of son Jaden Smith, before famous, as a baby with the caption 'HAPPY BDAY @officialjaden WE LOVE YOU!!!!!!!!!!!!'

Actress Jada Pinkett Smith was driven to campaign against human trafficking after her young daughter drew her attention to the terrifying plight of women and girls across the U.S. who are regularly forced to have sex for profit.

The Collateral star was stunned to hear child singer/actress Willow broach the topic one day and as the mum of two researched further into the subject, she felt compelled to try and help put a stop to the sick practice.

During an interview on U.S. talk show Katie on Monday (14Jan13), she explained, "It's bizarre and it tripped (freaked) me out that my 11-year-old daughter, at the time, came to me with this information (about human trafficking) and I had no idea.

"She came to me and she said, 'Mummy, there are girls in this country that are my age that are being sold for sex', and I said to her, 'I don't think you have your information correct; let me go onto the Internet and check this out.' She says, 'I'm telling you that this is true and I want to lend my voice to this cause', and I was like, 'Woah, Ok'. You can't tell her no! ...Even though it was a heavy subject matter, I didn't want to put her on pause (stop her) and I said, 'Ok, let me investigate it so I can help you with this', and this is how it all started."

Pinkett Smith took young Willow with her last summer (12) when she headed to Washington, D.C. to testify before Congress about the illegal human trade and urge legislators to step up their fight.

Speaking to officials during a Senate Foreign Relations Committee meeting in July (12), she argued, "Slavery robs us of the thing we value most: our freedom."

Pinkett Smith has since launched a new campaign to help victims, titled Don't Sell Bodies, which fights against the exploitation of women and children around the world.