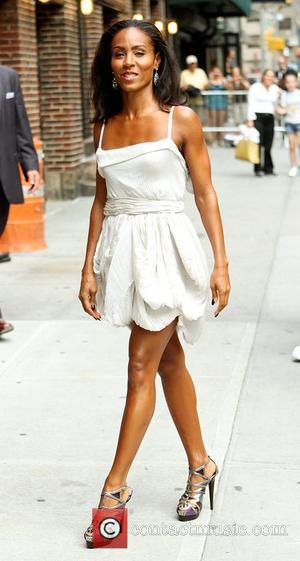 Jada Pinkett Smith had no intention of allowing U.S. magazine editors to use a nude shot of her for the cover of Essence - until she received a glowing compliment from her nine-year-old daughter Willow.
The actress covers her bare breasts and bottom with her arms and leg in one of two cover shots for the July (10) issue of the women's magazine. The second photo features Will Smith's wife fully clothed.
Pinkett Smith reveals she never thought the impromptu shot was cover-worthy until her daughter told her how "elegant" she looked in the nude.
She says, "At first we had (I was wearing) shorts. And I just felt like - I kept thinking about Willow - and I took the shorts off and I took that picture. It wasn't meant for the cover. We took the picture and I took it home to Willow and she said, 'Mommy, you look so elegant.' And she said, 'I want to grow up and be like you.' So I was like, 'Wow, that was the message she got from that.'"
Now Pinkett Smith hopes her bold move will inspire women to love their bodies: "I said (to the editor), 'Why do we have so much shame about our bodies?' And I said, 'We've got to put that on the cover.'"