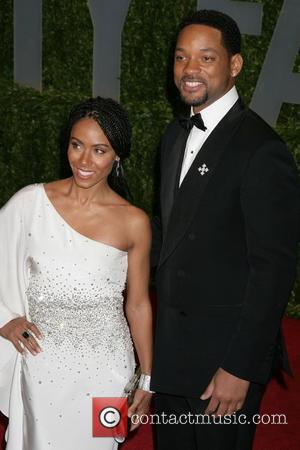 Jada Pinkett Smith is bemused by longstanding rumours her marriage to Will Smith is simply a cover to hide their real sexual orientations.
The Hollywood couple celebrate its twelfth wedding anniversary this year (09) - but some online gossips are still convinced their love is not for real and claim they are both secretly gay.
But the Matrix Reloaded star is unfazed, insisting there is nothing she could say to convince her marriage critics.
In a recent interview with American news organisation National Public Radio, she says, "I don't have an open marriage and no, we're not gay - and you don't trust that? Well then there's nothing that I really have to say to anybody about anything, because at the end of the day, I'm living my life, and I'm happy."
The superstar couple has two children together: son Jaden, 10, and daughter Willow, eight; Pinkett Smith is also step-mother to Trey, the I Am Legend actor's 16-year-old son from a previous relationship.