'Magic Mike XXL' star Jada Pinkett Smith has admitted she thinks of music as her ''mistress''. 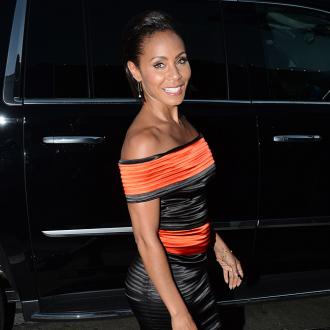 Jada Pinkett Smith thinks of music as her ''mistress''.

The 'Magic Mike XXL' star - who is best known for her work in the film and television industries - has admitted she does enjoy an 'affair' with music from time to time.

She said: ''I'm still in a band. I'll always be a part of Wicked Wisdom and Wicked Evolution, but you have different phases of your life and I think that was a phase.

The 43-year-old actress - who has 14-year-old daughter Willow and 16-year-old son Jaden with husband Will Smith - has also passed on her love of music to her children, particularly to Willow, whose 2010 hit 'Whip My Hair' peaked at #2 in the UK charts.

Speaking of her daughter, Jada added to the Metro newspaper: ''I look at my daughter and music is her life. To really be good at it, you can't do both music and acting.

''Music is constantly growing, creating and moving. If you're not with her the whole time music will surpass you. She'll be over there.''