Jada Pinkett Smith views claims her marriage is in trouble as ''good news'' because it means there's no other drama she needs to worry about. 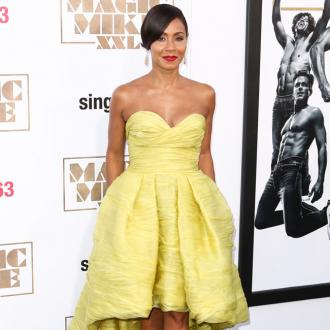 Jada Pinkett Smith views claims her marriage is in trouble as ''good news''.

The 'Magic Mike XXL' actress admits it is frustrating reading constant claims she and Will Smith - with whom she has kids Jaden, 16, and Willow, 14 - are getting divorced, but thinks the speculation just proves there is no real drama in their lives to worry about.

She said: ''You'd think people would be rooting for you to stay together not to break up, you know?

''It's actually good news and bad news. The good news is there's nothing else to talk about. This has been the only story, 'Let's round up the divorce story again.'

''Will and I love each other so much, and our family and our relationship is so important.''

However, the 43-year-old beauty - who married the actor in 1997 - doesn't get upset by the stories and even predicted more headlines about the state of her marriage as she attended the 'Magic Mike XXL' premiere in Los Angeles without her 46-year-old spouse this week.

She told 'Entertainment Tonight': ''You know what? People gotta make their money and do what they gotta do, you know what I mean?

''At the end of the day, I realise that too. And if people can go to sleep at night creating those stories then hey, have it... And he won't be with me tonight at the [Magic Mike XXL] premiere so... here we go again!