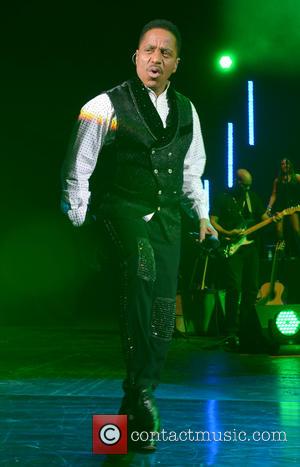 A lawyer for The jacksons has defended the band's decision to continue working with the concert promoters behind brother Michael Jackson's ill-fated This Is It tour, insisting they have little choice in the matter.

Family matriarch Katherine Jackson and the King of Pop's three children are in the midst of a trial against AEG Live executives, accusing them of ignoring key signs the superstar was seriously ill as he prepared to embark on his mammoth residency in London, but the long-running legal battle, now in its seventh week, has not stopped siblings Jackie, Marlon, Tito and Jermaine from continuing to do business with the company.

They will hit the stage at Los Angeles' Staples Center, where their late brother rehearsed for the This Is It concerts, on 30 June (13) - just five days after the fourth anniversary of the Thriller hitmaker's death.

A statement issued by Marvin Putnam, legal representative for AEG, reads: "For at least the third time since Michael Jackson's death and the filing of Katherine Jackson's lawsuit against AEG Live, Michael Jackson's brothers, the Jacksons, have chosen to work yet again with AEG Live."

But Kevin Boyle, one of Katherine's lawyers, insists that fact should have no connection to the ongoing trial, explaining that The Jacksons face a tough call every time they want to book gigs - because AEG own many of the big arenas across the world.

He says, "What are their options? Stop performing? Hopefully they'll survive their experience with AEG."