Jazz Musician Wilton Felder Has Lost His Battle With Cancer At The Age Of 75. 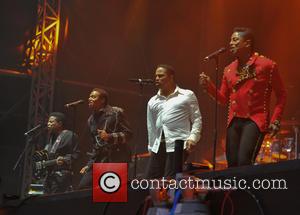 The saxophonist passed away of myeloma on 27 September (15) in Whittier, California, according to the New York Times.

Felder was best known for founding The Jazz Crusaders with Wayne Henderson, Joe Sample, and Stix Hooper while still in high school.

The group went on to release several successful albums in the 1960s including Freedom Sound, Lookin' Ahead and Tough Talk and changed its name to The Crusaders in an attempt to broaden its appeal.

In the 1970s, Felder began playing the electric bass and worked with several big name artists including the Jackson 5, Billy Joel, B. B. King, Joni Mitchell, Joe Cocker, Randy Newman and Steely Dan.

In addition to his work with The Crusaders, Felder also released several solo albums, including Gentle Fire, Secrets and Love is a Rush.