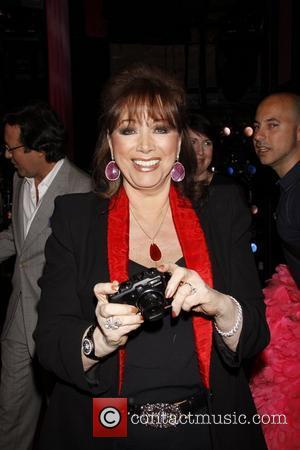 Jackie Collins has criticised Arnold Schwarzenegger over revelations of an affair with his housekeeper, branding The Terminator star's behaviour "downright despicable".
The movie tough guy split from his wife of 25 years, Maria Shriver, earlier this year (11) and subsequently revealed he had fathered a son with one of their employees, Mildred Baena, 13 years ago.
Now novelist Collins has taken Schwarzenegger to task for cheating in his marital home.
She tells Harper's Bazaar, "Arnold is a case unto himself. Cheating is one thing, but doing it in the home you share with your wife and children, and with your housekeeper of 20 years, who gives birth to your child within days of your wife giving birth to your son, well?... That's downright despicable."
Collins has also issued a plea to all unfaithful men, urging them to stay true to their partners. She adds, "Don't they get it? Don't they understand that staying faithful is smart and sexy? Don't they get that straying when you're a married man is exhibiting a distinct lack of character and a very shaky libido?
"These lecherous Lotharios, especially the famous ones, have to stop and think about what they are doing to their families. Man up, and keep it in your pants. Have some respect for yourself and the people who love you."

Jackie Collins Was Working On A Play

Jackie Collins Planned Her Own Wake

Jackie Collins: 'I Want To Be Remembered For Bringing People Pleasure'