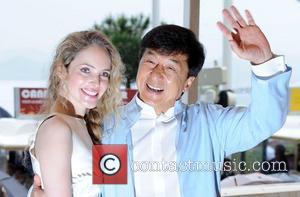 RUSH HOUR star Jackie Chan hurt his female fans so much when he announced plans to marry his girlfriend, two of them committed suicide.

The Hong Kong native celebrates his 20th wedding anniversary with his Taiwanese actress spouse JOAN FENG-JIAO LIN this year (03) - but the date also marks the tragic deaths of a pair of over-zealous fans.

"That's when I told my girlfriend that we should be quiet, undercover. But now it's okay.

"Today my fans are from four years old to 80. They love me, but it's a different kind of love."