Jackie Chan is writing a musical about his life based on his 1998 autobiography 'I Am Jackie Chan'. 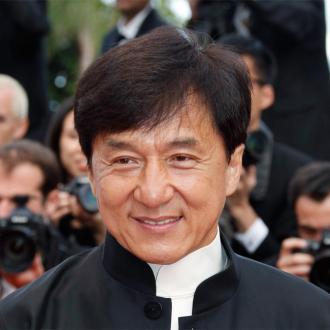 Jackie Chan is writing a musical based on his life.

The legendary martial arts actor has confirmed he is adapting his 1998 autobiography 'I Am Jackie Chan: My Life in Action' into a stage musical, which he will narrate.

Speaking to reporters at a press conference in New York City yesterday (11.06.13), he said: ''We are looking for a director for the musical right now.''

The 59-year-old star - whose Hollywood credits include the 'Rush Hour' series - will document his life from his early years in Hong Kong to his time in youth acrobatic group Seven Little Fortunes, as well as his battle to step out of the shadow of martial arts legend Bruce Lee.

Jackie has previously expressed his love of musical films, particularly 1965 family flick 'The Sound of Music', which starred Julie Andrews and Christopher Plummer.

He said at the time: ''I love 'The Sound of Music'. When I was young, I didn't know English and I saw the whole movie.''

The iconic star is currently being honoured for his film work in both Hollywood and his native Hong Kong.

Last week, the actor - like many top stars before him - had his hand and foot prints imprinted outside Los Angeles' TCL Chinese Theatre. Jackie first took part in the prestigious ceremony in 1997 but his cement plaque has since mysteriously disappeared.