Jackie Chan is planning to star in 'Rush Hour 4' and 'Karate Kid 2' in the next ''five to 10 years'' and he will then think about retiring from acting completely. 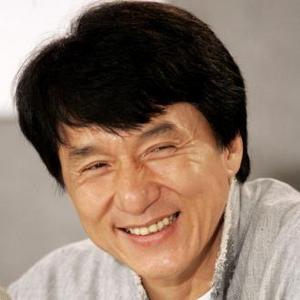 Jackie Chan is planning to star in 'Rush Hour 4' and 'Karate Kid 2'.

The 58-year-old actor recently announced his latest film, 'Chinese Zodiac', would be his last ''big action movie'', but he still intends to make a fourth edition of his and Chris Tucker's 1998 motion picture 'Rush Hour' as well as a sequel of his rebooted version of 'Karate Kid' with Jaden Smith.

But Jackie is keen to take a break from action movies before he goes back to the big screen to show off his martial arts skills in the next ''five or 10 years'', and will think about retiring from acting completely after he stars in a fourth 'Rush Hour' movie.

He added: ''I don't want it to happen at this moment. Probably another five or 10 years. Then will be 'Rush Hour 4' - boom, we're coming back! And at that time I might retire. Us being old guys might make it a more interesting story. But at this moment I don't think it's something I want to do.''

Jackie has decided to stop making action movies because he believes the world has become ''too violent'', and he is keen to show people that he can act as well as fight in his films.

Speaking at the Cannes Film Festival, where he is launching 'Chinese Zodiac', he explained: ''This will be my last big action movie.

''The world is too violent now. I love fighting but I hate violence.

''I want the audience to know I'm not just about fighting, also I can act. And so day by day, year by year, I said, 'Right, I'm going to show you the real Jackie Chan.'

''I don't just want to be an action star, I want to be a true actor so for the last 10 years I've done other films like 'The Karate Kid' where I'd rather play an old man.''