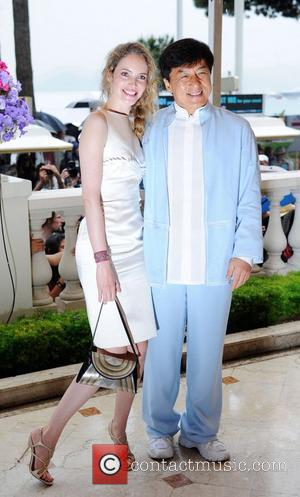 Action man Jackie Chan donated $200,000 (£125,000) to officials in Thailand on Sunday (08Jul12) to help boost the country's flood relief fund.
The Rush Hour star, a United Nations Children's Fund (Unicef) Goodwill Ambassador, toured orphanages which were affected by severe storms in late 2011 and early 2012.
He also looked around damaged centres for the elderly, and he offered up supplies and a $200,000 cheque on behalf of the Jackie Chan Charitable Foundation to continue the clean-up effort.
Chan, who shared photos of the trip on his website, told local reporters, "I grew up poor and struggled, and now I have enough money to share with the needy."