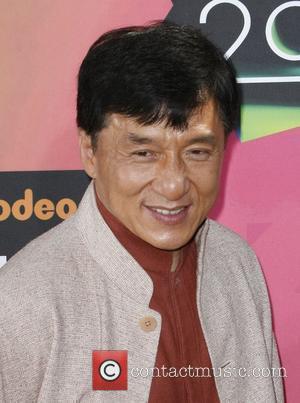 Action hero Jackie Chan celebrated his 56th birthday on Wednesday (07Apr10) by raising money for those affected by a drought in China.
The martial arts star gathered friends and family to mark his special day with a big bash, where he handed out presents and invited the Tibetan band Ajia to perform.
Instead of handing him gifts, Chan's pals contributed $47,500 (£32,000) to a charity fund to help residents in China's southwest Yunnan province, who are suffering from a severe water shortage - and the actor generously offered to match the money raised.
In posts on his Twitter.com page, Chan writes, "Everybody told me to make a wish. My wish is for world peace... For my birthday party, all my friends donated a total of $325,000 RMB (Chinese yuan) for the drought in Yunnan. I will donate the same & help out the world!"