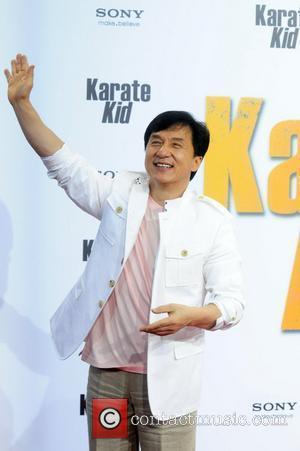 Jackie Chan abandoned his dream of becoming a nightclub bouncer after a man's tooth was left embedded in his hand after a nasty scuffle.
The Chinese legend trained in martial arts to help land him a job as a doorman, but after he knocked one man out in a fight and feared he'd killed him, Chan decided to keep his fighting prowess to himself.
And the extent of his killer skills hit home two days after the brawl - when he discovered a tooth was stuck in his knuckles.
He tells Britain's Sunday Mirror, "I believe in peace. I learnt to do martial arts when I was young and I wanted to be a bouncer, but after one particular fight I learnt that if you hurt someone you can actually hurt yourself.
"I had a scuffle with someone and two days later I found out his tooth was still in my hand - I thought there was a problem with my bone. I didn't know if I'd killed the guy or just knocked him down and I was petrified for a whole month. I read the newspapers every day to find out if I'd killed someone."