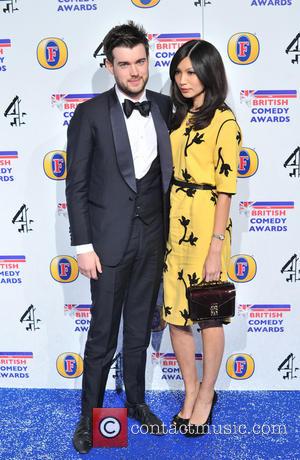 Jack Whitehall's ill-fated appearance on The Big Quiz of The Year - Channel 4's popular panel show - has reached new lows, as a gag which included him writing down a made up number, and pretending it was Jonathan Ross's, has caused an innocent member of the public a great deal of stress, The Telegraph reports.

The number actually belongs to a Mr Sagar, from London. He said: "On the night it was shown I started getting calls with abuse from people who hate Jonathan Ross. I also had calls from people who thought I was Jack Whitehall or James Corden, who was on Whitehall's team. I didn't even bother going to work on Monday because I knew my phone wouldn't stop ringing and I couldn't switch it off because a relative is ill and I needed to be contactable. Ofcom said they would look into it and suggested I changed my number, but I paid a lot of money for it because it is a very easy number to remember so I'm not doing that. I'll just have to wait for things to die down."

The trouble started when Whitehall, in response to one of the questions, said: "We didn't know what the answer was so we thought it would be funny instead to write down Jonathan's mobile number on our screen. Call him whenever you want."

In Whitehall's defence, the number has more digits than a standard U.K mobile number, but due to the phone software on many mobiles, Mr Sager's number was dialled automatically once the digits had been thumbed in.

A Channel 4 spokesman said: "An illegible and non-functional number which contained more digits than a standard mobile number was shown very briefly on the contestant's panel on Big Fat Quiz of the Year. Whilst it was obscured and only shown briefly, some viewers have attempted to guess the number and this appears to have led to calls being made to this phone. We have apologised and have further obscured the digits on repeats of the show."