The pair have split after six years together.

This Christmas might not be the best for British comedian Jack Whitehall, who has recently split from his partner of six years Gemma Chan. It seems the pair are simply too busy for a relationship as their careers continue to blossom, but they are at least staying friends. 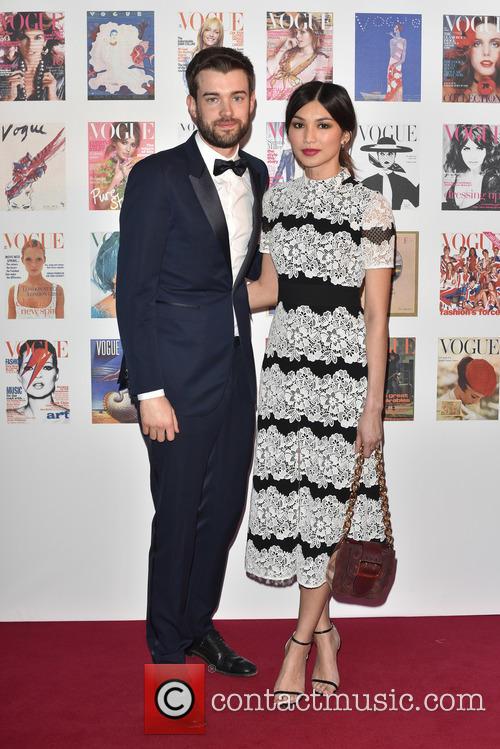 29-year-old Jack and 35-year-old Gemma first met on the set of 'Fresh Meat' and have been dating ever since. However, in September they finally called it quits as it becomes increasingly difficult to enjoy couple time together. Gemma has apparently moved back in with her parents in Kent.

'Jack and Gemma secretly pulled the plug on their relationship but remain good friends', a source told The Sun. 'For the past couple of years they've both been finding it difficult to make proper time for one another and, with their schedules showing no signs of slowing down, have decided to go their separate ways. It's sad but they remain supportive of one another.'

Jack has certainly had a busy time of it recently what with filming the TV series 'Decline and Fall' and 'Bounty Hunters', and he's currently shooting for the fantasy comedy show 'Good Omens' and the Lasse Hallström movie 'The Nutcracker and the Four Realms' which co-stars Keira Knightley, Morgan Freeman, Helen Mirren and Miranda Hart.

And that's not forgetting his documentary work recently; the hilarious 'Jack Whitehall: Travels with My Father' in which he spent a 'gap year' in Southeast Asia with Michael Whitehall, and his 'A League of Their Own US Road Trip' with James Corden, Andrew Flintoff and Jamie Redknapp.

Now he's set to host the 2018 Brit Awards - something that he could only have dreamed of a few years ago. 'I'm thrilled to be hosting the BRITs, it is the kind of show you dream of hosting as a kid, so really excited to have been asked', he said.