Former The White Stripes frontman Jack White has ruled out joining another band, but hinted he could start a solo career. 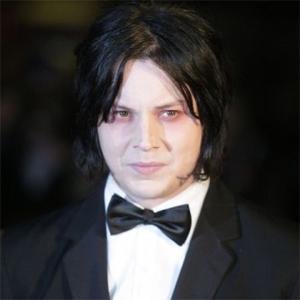 Jack White has ruled out joining another band and hinted at starting a solo career.

The singer, multi-instrumentalist and producer announced the end of his biggest group, The White Stripes, earlier this month, and now says he will concentrate on his other groups - The Raconteurs and The Dead Weather - as well as his Third Man record label.

He told Q magazine: "I won't join another band again. Three's enough for one lifetime. If I can't say it in any of these bands, then I'll say it by myself."

Jack's last record with the White Stripes was 2007's 'Icky Thump', and since then he has released albums 'Consolers Of The Lonely' with The Raconteurs and both 'Horehound' and 'Sea of Cowards' with The Dead Weather.

He has also produced albums for his wife, Karen Elson and singer Wanda Jackson, as well as launched a range of vinyl only singles on his Third Man label.

Announcing the end of The White Stripes - which was comprised of Jack and ex-wife Meg White - a statement to fans was released which said: "The White Stripes belong to you now, and you can do with it whatever you want.

"Thank you for sharing this experience. Your involvement will never be lost on us and we are truly grateful."