Jack White: songwriters should be against the world

Jack White thinks it's a songwriter's job to be ''against the world,'' like the delta blues musicians of the 1920s and 1930s 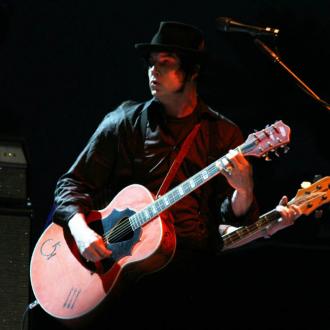 Jack White thinks it's a songwriter's job to be ''against the world''.

The 'Freedom at 21' singer credits his career to the delta blues musicians of the 1920s and 1930s, and believes all artists should stay true to the honest, confessional style of songwriting they pioneered.

He told The Guardian newspaper: ''As a songwriter, even if you're singing about other people or making up characters, it's still your job to be against the world and that all began in the 1920s and 1930s with these blues singers.

''It was the first time in history that a single person had been recorded to tell whatever story they had to the world.''

The 37-year-old from Michigan rose to fame in 2000 as half of The White Stripes with drummer Meg White - his ex-wife - and admits he was surprised they rose to international fame, as he thought the style of music they played was old and forgotten.

He added: ''It was always shocking that people started caring after three albums. We'd assumed it was a style of music that nobody would be into and had resigned ourselves to always playing to 50 people.

''It was good for us, because we'd made up our minds to never care about that, and that's when success happened. It was sorta weird like that, but I think if we'd have watered it down it wouldn't have worked.''

The White Stripes officially disbanded in 2011, but Jack is involved in a number of bands and musical projects, including The Raconteurs and The Dead Weather and he released his debut solo album 'Blunderbuss' last year.