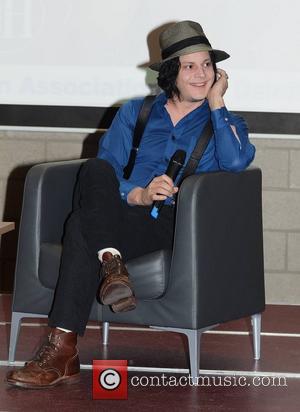 Rocker Jack White was honoured by University College Dublin on Tuesday (30Oct12) for his outstanding success in music.

The former White Stripes frontman was presented with a James Joyce Award by the Irish university's Literary and Historical Society, in front of a packed student audience at campus building Astra Hall.

After receiving the award, White responded to a question-and-answer session with good humour despite being quizzed about his ex-wife and former bandmate, Meg White.

White spoke about his love of blues music, his successful solo album Blunderbuss, his fascination with the number three, and touring with two different bands, joking, "It gets me more girls".