Jack White's estranged wife Karen Elson has taken out a restraining order against him, claiming the White Stripes singer has been abusive to her as they battle over parental rights. 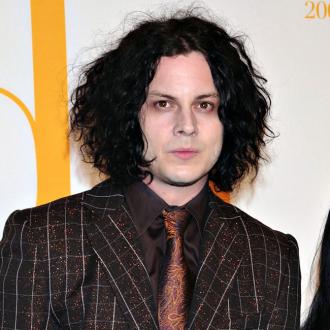 Jack White has been hit with a restraining order by his estranged wife.

The former White Stripes' rocker's spouse Karen Elson - who separated from Jack in 2011 and filed for divorce in 2012 - fears her famous husband is dangerous and may cause her harm following disagreements over parenting rights.

The 34-year-old model claims Jack, 38, is not fit to be a parent and has rebuffed his requests to help raise their two kids - Scarlett, seven, and five-year-old Henry - resulting in him becoming increasingly hostile towards her.

Karen's request for a restraining order was approved by a court in Tennessee last month after she alleged that the 'Seven Nation Army' hitmaker has a ''violent temper'' and has berated her in email communications using profane language.

In one instance, the singer reportedly contacted the couple's business manager and made several derogatory remarks about his estranged wife.

The court papers - which were obtained by local newspaper The Nashville City Paper - claim: ''This was done to harass and embarrass wife.

''This pattern of husband's bullying wife into submission was a contributing factor in the demise of their marriage.''

Karen says she has asked Jack to attend family counselling numerous times, but he has refused.

A judge has now ruled that Jack is not to have ''any contact with wife whatsoever except as it relates to parenting time with the parties' minor children.''