Jack White has revealed he hasn't spoken to his former White Stripes bandmate Meg White much since the band split in February 2011. 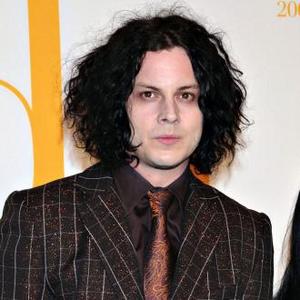 Jack White and Meg White haven't spoken much since the White Stripes split up.

The duo called time on the band in February 2011 and the guitarist has since recorded a solo album 'Blunderbuss', while drummer Meg has stepped out of the spotlight to live a more sedate life in Detroit with her husband Jackson and their five dogs.

Jack hasn't had much of an opportunity to talk to Meg since the band dissolved but he is happy the pair decided to call time on the White Stripes when they did.

He said: ''I don't get to talk to her often. Meg doesn't answer the phone! But I'm assuming she's fine.

''It's very sad (the split). It's like hopping on a train and waving goodbye to your kids. That was not an easy decision to make but it just had to be that way. Meg and I both knew that when the time came, we wouldn't push that band if it wasn't something we wanted to do. I think Meg was also wary of making records we weren't proud of. A lot of bands break up for band reasons so it was nice just to say, OK, that's it.' ''

The 36-year-old musician wanted to retain a feminine influence on his new project, and some of the songs on 'Blunderbuss' feature an all-woman band.

Jack - who worked with Alison Mosshart in The Dead Weather and has produced records for his model ex-wife Karen Elson - says collaborating with a woman changes the dynamic of songs.

In an interview with The Sun newspaper, he said: ''I learned through the years it only takes one girl in the room to change the effect of all the testosterone. We had it with Alison. She proved the perfect chemical mixture for the entire band. It would take 50 guys to compensate for what she brings into the room.''