Jack White is one of the most admired musicians of the 21st century having helped revive blues and garage rock with The White Stripes as well as being a member of The Raconteurs and The Dead Weather. These days, White is mainly a solo artist, having released his highly acclaimed solo debut 'Blunderbuss' in 2012 and being set to unveil 'Lazaretto' on June 10th this year. This is the first official single and title track from that album, after the quirky instrumental teaser 'High Ball Stepper', and it's simply brilliant. 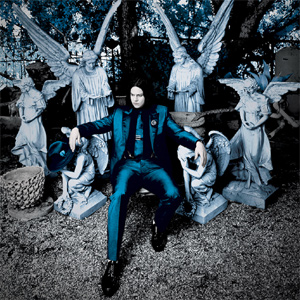 'Lazaretto' is all funky for the first minute and a half with a slick bassline, fuzzy guitars and White's vocals being manic and sassy. This is great in itself, but there's these really random, bright, 8-bit sounds underlying the song, that make it a delight. Followed by a scratchy guitar solo, the song goes into a low sounding riff, with 8-bit noises sounding like Pac-Man dying over and over again and White robotically singing, 'They wanna blow down the prison, they're lighting fires with the cash of the masses, and like the dough I don't fall down, I'm so Detroit I make it rise from the ashes'. These elements go perfectly together and, if possible, make the song even more dazzling. Towards the end of the song there's a fiddle solo of all things; again, you don't see it coming and it lengthens the smile the rest of this song has already put on your face.

This song is an amazing adventure full of twists, turns and incredibly pleasant surprises. The 8-bit sounds especially are just not what you'd expect from White and his legendary guitar skills are as amazing as they ever were. 'Lazaretto' along with 'High Ball Stepper' hint heavily at an experimental album from White, one that we should be very excited about. At the start of the millennium, Jack White brought blues and garage rock back into the mainstream, now he seems to be taking it into the future.