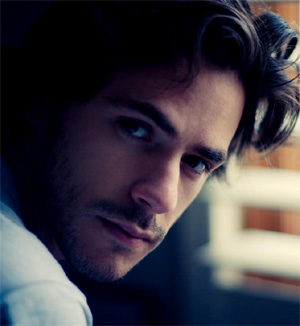 This album feels like everything is falling into place

Since re-emerging on the live scene at the beginning of last year, acclaimed singer songwriter Jack Savoretti has been showcasing material from his new album Before The Storm this time joined on stage by his band The Dirty Romantics and captivating audiences wherever he goes.

Written with, amongst others, long time collaborator Steve Booker (co-writer of Duffy's 'Mercy') and produced by the hugely sought after Martin Terefe and The Suppliers (Mary J Blige, James Morrison and Jason Mraz) this third studio album has already been getting support from BBC Radio 2, playlisting track Knock Knock, along with his duet with Sienna Miller Hate & Love used in The Vampire Diaries.

While his writing has always surpassed expectation, this new collection of songs sees an artist coming of age. Lyrically it remains a quintessential Jack Savoretti album, yet the recordings are far more diverse than ever before. With the romantic introspective poetry ever present, there is someone new, a darker, more experienced vocalist asking no longer for acceptance but looking for the good times and on his own terms.

It all began with his critically acclaimed debut 'Between The Minds' in 2006. Named BBC Radio 2's Album Of The Week, three album tracks aired on 'One Tree Hill' and Jo Whiley called him 'one to watch.' Jack has been collecting critical praise ever since: Janice Long called him 'astonishing in every way' and The Daily Telegraph's Neil McCormick described his voice as 'raw, soulful and yearning.a voice that sounds like the truth'. 2012 sees Jack supporting Madison Violet in Germany, an early summer tour of the UK and festivals dates confirmed across the UK and Europe.

10th May: The Great Escape @ Brighton