Jack Osbourne Dancing With The Stars 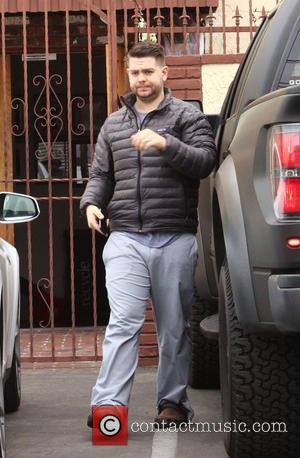 Jack Osbourne has all the more reason to celebrate making it to the final four on U.S. reality show Dancing With The Stars after suffering vision problems related to his battle multiple sclerosis (Ms) battle.

Ozzy and Sharon Osbourne's son was diagnosed with the autoimmune disease last year (12) and signed up for the ballroom dancing challenge in an effort to raise awareness about the illness.

The former Tv daredevil, whose symptoms had been minimal of late, has managed to impress judges week after week with his fancy footwork with professional partner Cheryl Burke, but hours before hitting the dancefloor again on Monday (18Nov13), he took to his Facebook.com blog and revealed his Ms had flared up again.

He told fans he woke up last week (ends15Nov13) with a "thumping migraine" and "vision problems with my left eye", adding, "At first I thought it was just another migraine, but as the day progressed, I started feeling those familiar zaps of pain down my legs and arms. After several weeks of being relatively symptom free of Ms, this week it decided to give me a healthy reminder that it's still there."

Jack discussed his latest health troubles in a pre-taped video for Monday night's Dancing with the Stars episode, revealing his migraine and eye issues had significantly hindered his rehearsals - but his struggles didn't show as he secured his place in the final four with an impressive jazz dance and the Argentine Tango.

His mother has admitted his Facebook and video confessions were news to her - she had no idea Jack was having problems with his Ms again.

Speaking on her U.S. daytime show The Talk on Tuesday (19Nov13), she said, "I'd been on a plane so I didn't see Facebook, I saw nothing. I literally got to the studio at five minutes after this how had started, sat down, Jack's... little video presentation came up and then he said that his eye was bothering him again and I never knew, so I just lost it. I completely lost it and well... he got through and I just can't thank everybody enough for supporting him..."

Osbourne will compete for the mirrorball trophy against actors Amber Riley and Corbin Bleu and comedian Bill Engvall.

Actress Leah Remini was voted off the show on Monday night.