Jack Osbourne's wife Lisa Stelly has suffered a miscarriage and the couple have been finding it hard to cope with the sad news. 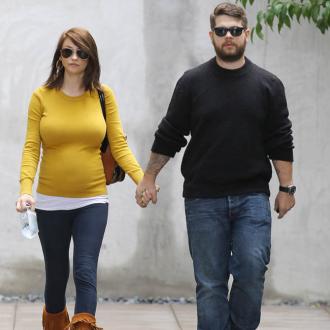 The 27-year-old star and wife Lisa Stelly - who have a 17-month-old daughter Pearl together - were expecting a son but tragically Lisa has lost the baby in her second trimester.

Lisa wrote on her Raddest Mom blog: ''Jack and I lost our baby boy last week. Having a late term miscarriage is by far the hardest thing either of us have ever had to go through. We appreciate all of your prayers.''

The pair had been ''super excited'' to expand their family, announcing their happy news in August, and they have been shattered by the miscarriage.

Jack - who was diagnosed with nerve disorder multiple sclerosis in 2012 - and Lisa are struggling to understand why they keep being struck by tragedies and bad news and are trying to keep their spirits up.

She added: ''We never know why things like this happen. All we can do is trust in God and know he has a plan for our lives.''

Jack and Lisa married in Hawaii last October and he previously credited his wife and daughter for helping him to grow up and move on from his wild partying days.

Jack - who this week was announced as a competitor on the new series of 'Dancing with the Stars' - said: ''Getting married and having a child definitely has focused me.

''Now I'm not so much worried about going out on a Tuesday night and staying up until three in the morning and meeting hot chicks. No.''