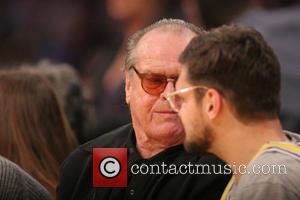 Jack Nicholson and Arnold Schwarzenegger were among the stars who turned out to help the Rolling Stones launch a new photography exhibition in Los Angeles over the weekend (13-14Dec14).

The veteran British rockers unveiled the show, titled Just A Shot Away: The Rolling Stones In Photographs, in the city on Saturday night (13Dec14), featuring snaps by artists including David Bailey and Anton Corbijn.

Nicholson and Schwarzenegger were among the attendees at the exhibition launch party at the Taschen Gallery, along with Aerosmith star Steven Tyler and actress Pamela Anderson.

The launch of the photography show coincides with the release of a limited edition book featuring pictures of the band. The exhibition runs until 31 January (15).