Jack Nicholson's daughter Jennifer Nicholson has spoken out about living in the ''shadow'' of her famous father. 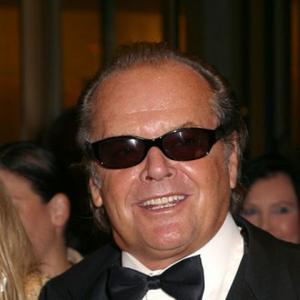 Jack Nicholson's daughter used to consider him as a "shadow" hanging over her.

Jennifer Nicholson - the daughter of Jack and actress Sandra Knight - admits she had a tough time as a child growing up in Los Angeles because of her father's fame.

She said: "I went to a very strict private school in Los Angeles and it felt like a shadow hanging over me, as if another person - my dad - was tied to me.

"If someone found out who he was, there would be a sudden silence because back then he was considered a bit of a wild character. These days he's not, he's calmed down."

In addition to being burdened with his fame, Jennifer, 46, also took issue with his love of young girlfriends.

She said: "At first they were very old, then they were exactly my age - that was the worst for me - and they're my sister's age! As we all know, fame's a strange and painful thing and I've learnt to forgot all that stuff, to do the best for my children and express my creativity as honestly as I can while expecting nothing in return; no outside validation, just my own personal sense of satisfaction."

However, Jennifer - who has sons 13-year-old Sean and 10-year-old Duke - does think her 73-year-old father is a "fantastic person".

She said: "He's the best. He's had a long career because his honour and integrity inform his decisions, not what sells. Lots of his colleagues ask him for advice, especially the younger ones.

"On top of that he's intelligent, generous and has great respect for women. He's a fantastic person."