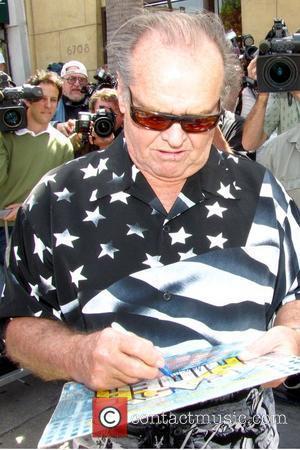 Picture: Jack Nicholson meeting with fans Dennis Hopper is honored with the 2,403rd Star on the Hollywood Walk of Fame Los Angeles, California - 26.03.10

Actor Jack Nicholson has proved he's still a ladies' man - by asking buxom pop star Jessica Simpson on a date.
The Shining star has been linked to a number of actresses and models over the years, including Lara Flynn Boyle, Anjelica Huston and Michelle Phillips, and has fathered six children with different women.
But the Hollywood Lothario hasn't slowed down since turning 73 last month (Apr10) - he's reportedly invited 29-year-old singer Simpson to join him for an evening together.
Simpson, who declined the offer, tells Britain's The Sun, "I have no idea how Jack got my number as we've never met. He asked if I wanted to go to his Beverly Hills house for dinner."