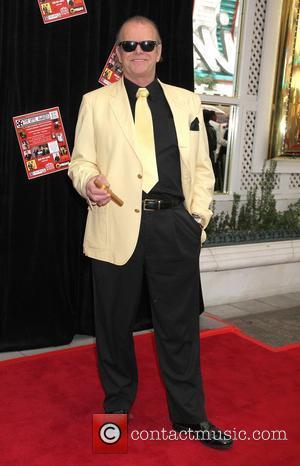 Jack Nicholson was gutted when director Nancy Meyers told him she'd have to cut a karaoke scene from 2003 comedy hit Something's Gotta Give - because he thought his rendition of La Vie En Rose was terrific.
The movie great and co-star Diane Keaton's characters hit a club on a date night for the film, but the singing scenes didn't make the cut in the finished version, much to Nicholson's dismay.
Meyers tells WENN, "He gets up to sing for her (Keaton's character) and it's La Vie En Rose, which he sings to her in French. He worked really hard on it.
"I had to cut the scene out because it just didn't fit the following scene, where he goes out with another woman. When it came time to tell Jack I was cutting out the scene he didn't hold back his disappointment. He said, 'Chief, what do you mean?'
"He brings it up to me every time I see him and recently I saw him for his birthday and he cornered me (and said), 'Now, about that scene...'
"To make it up to him, I put it in the Dvd, so at least he can watch it on there."