It was fun, when Adrien Brody somehow won the Oscar for Best Actor in 2003. He jumped up and down, he danced around, he kissed Halle Berry. But somewhere in that auditorium, Jack Nicholson was wondering how he could possibly have been beaten.

In fairness, it was a pretty strong year for the leading actor category, which comprised of Brody for Roman Polanski's The Pianist, Nicholas Cage for Spike Jonze's Adaptation, Michael Caine for The Quiet American, the all-conquering Daniel Day-Lewis for Gangs of New York and Nichoson, for Alexander Payne's About Schmidt.

The Hollywood legend gave one of the best performances of his career as Warren Schmidt, a retiring insurance actuary who settles into a dormant life. His unfulfilling marriage to Helen, and the fact his daughter is marrying a man entirely unworthy of her (in Schmidt's eyes) only adds to his problems.

"Nicholson ... produces the most understated -- and one of the most powerful -- performances of his career," said Desson Thompson of the Washington Post.

"Alexander Payne's poignant serio comedy is a sharply observed character study, featuring Jack Nicholson in a towering performance as an ordinary American embarking late in life on a journey of self-discovery," wrote Emanuel Levy over at Screendaily.

Everyone had Nicholson down to win Best Actor. Everyone. Perhaps the bookmakers favored him too heavily, given he would have tied Katherine Hepburn as the actor with the most Oscars, though he was favored nonetheless.

However, the audience at the Kodak Theatre in Hollywood gasped as Brody - who played a Polish Jew hiding from the Nazis in The Pianist - was named the winner. Sure, they were happy for him - and gave a standing ovation - but this was a major shock. Nicholson himself reacted with a sort of "oooooooooofff" though was seen applauding enthusiastically as Brody made his way on-stage.

Watch Adrien Brody beating Jack Nicholson at the Oscars in 2003:

Since the 75th Annual Academy Awards, Nicholson has turned in a handful of fine performances,  particularly in Anger Management and The Department, though his motivation has clearly waned. Here's a man who's won three Oscars and is considered amongst the finest talents to ever grace the screen.

Reports in the U.S this week suggests Jack has now chosen to retire because of his constant memory loss, preventing him from learning new scripts. A Hollywood insider told RadarOnline that "Quite frankly, at 76, Jack has memory issues and can no longer remember the lines being asked of him" and that "His memory isn't what it used to be".

The source also reported that the academy award winner wanted to bow out quietly without any official announcement, "Jack has - without fanfare - retired".

Sounds about right to us. 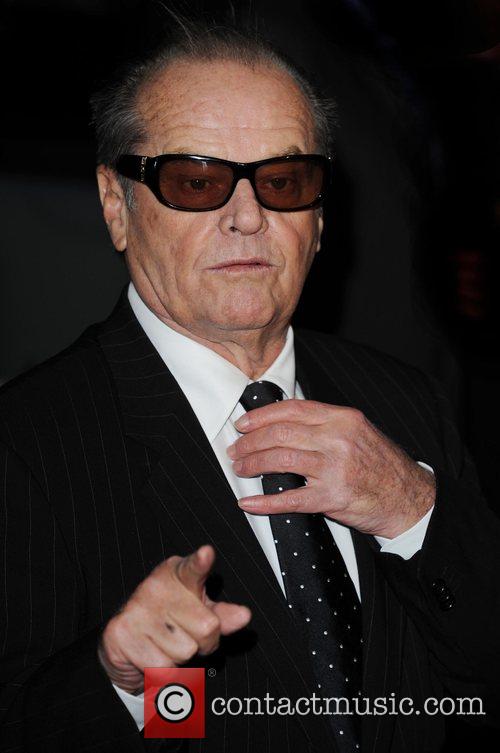