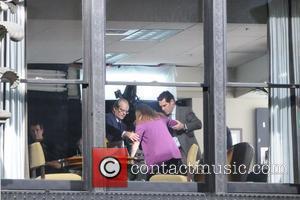 Jack Nicholson, Peter Fonda and Dennis Hopper smoked real cannabis during a scene for movie classic Easy Rider.
Fonda has confessed the trio used "real pot" to capture the moment Nicholson's character tries the drug for the first time.
But he refutes longstanding rumours they took LSD on the set of the 1969 movie.
Fonda tells Extra, "We did not take LSD, no matter what the rumours say. You can't make a movie when you're ripped like that."