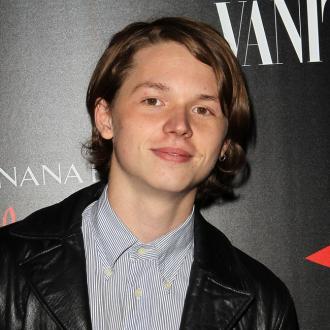 The 19-year-old son of the 'Top Gun' actor Val Kilmer has landed a lucrative deal with the brand as the new face of their 'Permanent' menswear clothing collection.

In June, he made his debut at their Spring/Summer 2015 'Psych Rock' fashion show, during which he was also shooting the black and white campaign images with YSL's creative director Hedi Slimane.

The teenager has previously expressed a desire to go into acting, having starred opposite Emma Roberts in the Gia Coppola film 'Palo Alto'.

However, Jack admitted that he didn't always intend to follow in the famous footsteps of his father, Val Kilmer or his mother Joanne Whalley, who starred in the 1988 film 'Willow'.

Speaking about his role in 'Palo Alto' in April, he told the Huffington Post: ''It's funny, people asked me as a kid all the time, 'Do you want to do what your parents do?' And I always said no, because it's different, I don't know, to be stubborn or something. Because I was a normal kid.

''But then through this I realized what my parents have been doing their whole lives and I have like a completely different view of acting and I'm kind of really in love with it.''