Jack Johnson has created an upbeat album as a way of celebrating his late father's life.

The singer says the upbeat and energetic new sound on his LP 'To the Sea' came to him after he had grieved the death of his dad, surfer Jeff Johnson.

Speaking about his personal tragedy, the Hawaiian star said: "I was in the process of losing two people very close to me. I lost my cousin Danny. That was hard to make sense of because he was very young.

"I was also watching my dad's health deteriorate. By the time he died, he'd been ill for two years. Now I'm ready to celebrate his life. The songs I'm writing are lighter. The new stuff is more playful. We've gone to town on the fun, upbeat songs."

Jack, 35, has dedicated the album to his father, who he says was always there for him and helped him make sense of his life.

He added to the Daily Mail newspaper: "My dad was always there, but he also gave me and my two brothers all the space we needed. He was very eccentric. When he was 21, he left his home in California and sailed to Hawaii by himself.

"His story has become part of our family mythology, and the album title is a reference to that. Whenever my dad wanted to make sense of his life, he looked to the sea. now I do the same." 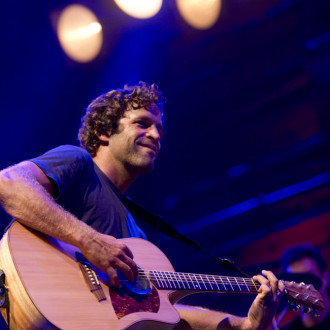