Jack Black, Tina Fey, Diane Keaton And Dan Aykroyd Were Among The Stars Who Turned Out To Honour Funnyman Steve Martin As He Was Presented With A Lifetime Achievement Award From The American Film Institute (Afi). 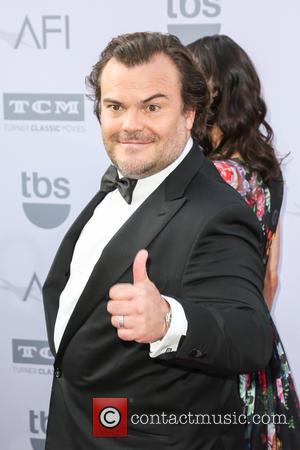 The Father of the Bride star was handed the AFI's 43rd Life Achievement Award by previous winner Mel Brooks during a ceremony in Los Angeles on Thursday night (04Jun15).

Fellow funnyman Black kicked off the gala at the city's Dolby Theatre by taking to the stage to sing the night's "anthem" - The Thermos Song from Martin's first film, 1979 comedy The Jerk, while other stars stepped forward to roast the veteran actor/comedian.

Fey, who appeared with Martin in 2008 comedy Baby Mama, joked, "Steve donates all his old white suits to lesbian commitment ceremonies," while Steve Carell admitted, "I have spent the majority of my life doing a pale imitation of Steve Martin - and I resent him for that."

Tributes also came in from Aykroyd, who credited Martin with giving his music duo the Blues Brothers their big break by hiring them as his opening act, as well as from Lily Tomlin, Sarah Silverman and Martin Short. Martin's Father of the Bride co-star Keaton was also in the audience at the gala to support her former onscreen spouse.

After being handed his award, Martin told the star-studded crowd, "When I was a kid I used to get all dressed up and play AFI Life Achievement Awards... I'm so proud to have this honour. And I thank you, the AFI, I deeply appreciate this. And I thank the AFI for having a short name to engrave on silver gift boxes - it saved me a lot of money."