Jack Black tried to win a role in a movie by telling a casting director he could ride a horse, despite having no knowledge of how to do so. 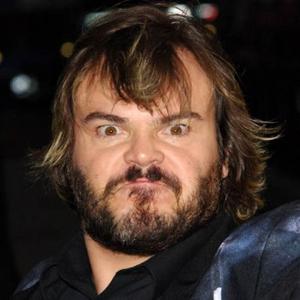 Jack Black lied to a casting director to win a role.

The 'Gulliver's Travels' star occasionally embellishes how good he is at a particular skill to get a part in a film, but confesses a lie about how well he could ride a horse did not work out and he did not get the role.

He said: "I might have bent the truth with regards to my skills. I think one time I said that I was an avid horseback rider, which wasn't true.

"I didn't get the part and it's probably good that I didn't. My strategy would have been: Hold on tight, and, er, that's it. No, I probably would have had a crash course in horse riding at the last second."

Discussing his new role as Lemuel Gulliver in 'Gulliver's Travels', Jack knew immediately he wanted to take on the character when he was offered it.

He said: "When I was first approached about it, I was like, 'Yeah!' It just made sense. A bell went off in my head that this would be the kind of fun project I was looking for, something fantastical, adventurous, exciting and funny."