Black In A Tight Spot 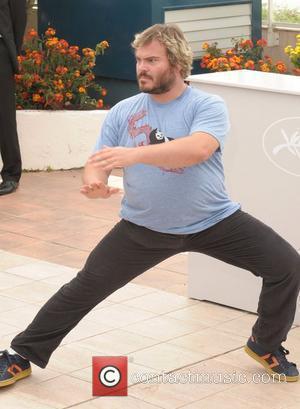 Jack Black was horrified when the wardrobe department on new movie NACHO LIBRE handed him a pair of silk tights to wear - because they weren't nearly revealing enough. The screen funnyman, who plays an avid wrestler in the comedy, was inspired as soon as he sported the hosiery. But he demanded a tighter fit to display "every nook and cranny" for maximum comedy value. Black says, "When I slipped those babies on, I felt unstoppable. "At first, they were gonna make my stretchy pants from silky loose-fitting material. But I said, 'No way! Gimme the skin tights! I want to reveal every nook and cranny.' "It's pretty embarrassing but that's when I know it's really good. If I'm really embarrassed, that usually means it's funny."