The platinum-selling rapper Ja Rule has ended the prison sentence for his gun possession charge, but found himself straight back in federal custody on tax charges

Ja Rule’s prison sentence for illegal possession may well be over but the rapper headed straight from one sentence to another: this time for unpaid tax offences. Associated Press report that the platinum-selling rapper left his upstate New York prison yesterday morning (February 21, 2013) but headed straight back into federal custody, owing to a tax case that’s hanging over his head.

According to the report, Ja Rule was escorted from the Mid-State Correctional Facility at 9:30am. The 36 year-old had been held at the Oneida County Jail, where he will find out where he’s due to serve time for the tax case. The rapper had been in protective custody, due to his fame and now has time remaining on a 28 months sentence for tax evasion, which ran concurrently to his gun crime sentence. It’s likely that his sentence will last less than six months and he may even be eligible for a halfway house, according to defence attorney Stacey Richman. She explained that it’s because of those unpaid taxes that Ja Rule is pretty keen to get back to work. And of course his fans are keen to see that happen, too.

Assistant US attorney Joseph Mack confirmed that Ja Rule, real name Jeffrey Atkins, owes the IRS $1.1 million and was unsure how much, if any, had been paid. In March 2011, Atkins told a judge “I in no way attempted to deceive the government or do anything illegal," he told the judge. "I was a young man who made a lot of money — I'm getting a little choked up — I didn't know how to deal with these finances, and I didn't have people to guide me, so I made mistakes.” 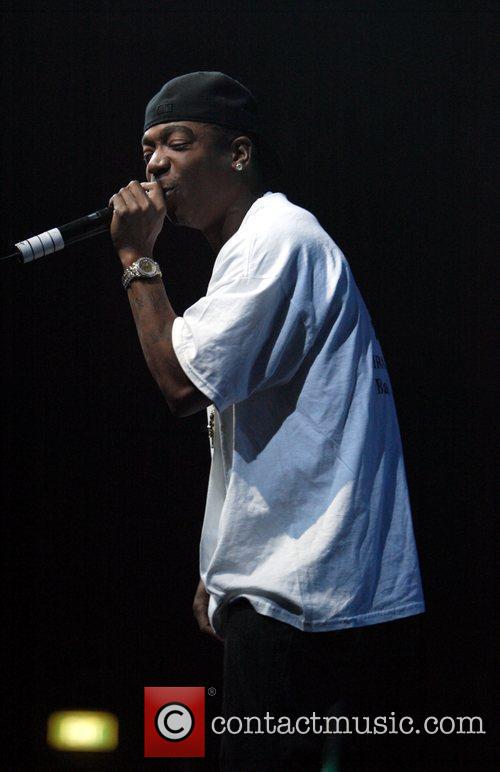 Ja Rule performing, prior to his incarceration