Rapper Ja Rule Had To Beg His Wife, Aisha Atkins, To Stop Making Weekly Nine-hour Trips To Visit Him While He Served A Two-year Sentence In An Upstate New York Prison. 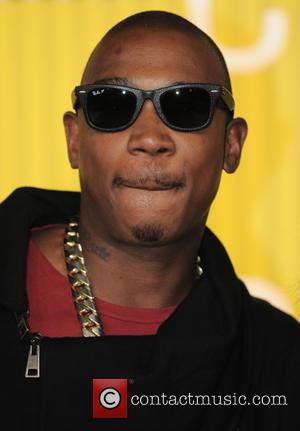 The Always on Time star served 24 months behind bars on attempted criminal possession of a weapon and failure to file taxes charges, and his wife never missed a Sunday visit.

Promoting their new reality TV series Follow The Rules on Access Hollywood Live on Tuesday (27Oct15), Aisha admitted it was tough not to have her husband around at first, but the weekly trips to prison soon became routine.

Calling his wife his "rock", Ja Rule, real name Jeffrey Atkins said, "She held it down. When I went to the feds (federal prison), I just said, 'Listen, I'm good, I don't need you to drive all the way out here. I'm right next to Canada... You don't need to come up here'."

Aisha eventually agreed to stay away, leaving her man to finish his sentence away from her and his family.

"I did that whole four months and I didn't see my wife or family at all."

The rapper insists now he's served his time, he never wants to go back to prison, adding, "Prison is a terrible place. It's not the place you want to be in."

His jail time, which began in 2011, included a few days at New York's notorious Riker's Island.