Posted in Press Releases on 07 February 2011 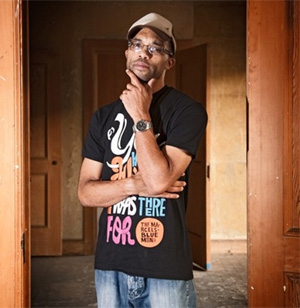 Some Cold Rock Stuf is the debut album of original music from one of the original turntablists and longtime DJ for Madlib and the late J Dilla.

This is not a 'DJ album'. Not a beat album. Not a mix tape. This is an original work of instrumental Hip-Hop, dance music, smoke tracks, assorted cold rock stuff.

J. Rocc first made his name as one of the original turntablists, co-founding The World Famous Beat Junkies in the 1990s with DJ Babu, Shortkut, Melo-D and Rhettmatic, becoming a seminal force in the rise of instrumental Hip-Hop. He went on to host The Fantastic Four Radio show on L.A.'s Power 106, perform as the third member of Madlib and J Dilla's Jaylib, and tour the world as a solo artist, DJ and producer.

Note: Some Cold Rock Stuf also contains a 'Mystery Disc'. One of three mystery discs is included in different copies of the album. No track list is provided for the 'Mystery Disc' and the CD label does not distinguish one mystery disc from the other.

* The debut artist album from the DJ for J Dilla, Madlib, Mos Def and Talib Kweli

* Founding member of The World Famous Beat Junkies in 1992

* Founding member of The Fantastic Four Radio Show on Los

* J.Rocc has created mixes for BLUE NOTE, SANDISK, RED BULL, and SUPREME. He has sold over 100,000 mix-CDs of his own