The daughter of Donald Trump was confronted by a fellow flyer on a JetBlue flight.

Ivanka Trump was apparently the victim of a verbal attack this week, when a fellow JetBlue flight passenger expressed his discontentment with Donald Trump's daughter being a part of their airplane journey. According to reports, he was subsequently removed from the flight. 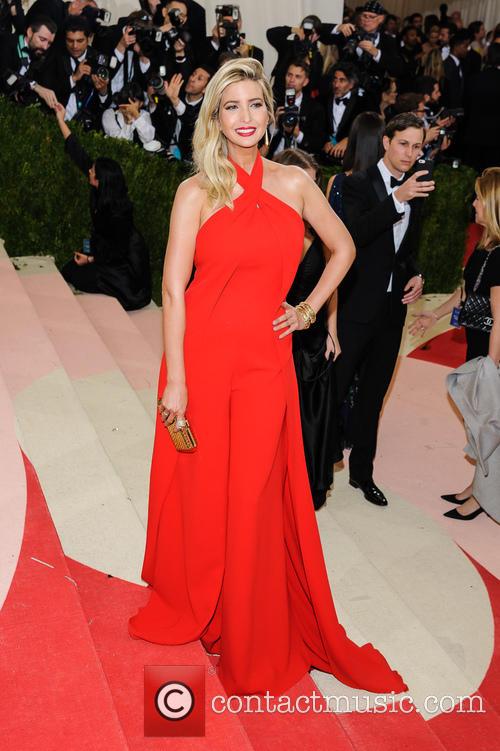 The daughter of the president-elect was flying with her husband Jared Kushner and three children from the John F. Kennedy Internation Airport in New York to Hawaii via San Francisco yesterday (December 22nd 2016) when the confrontation took place. The exchange (which was more of a one-way thing) was documented in a series of now deleted Tweets from a Matthew Lasner, who revealed that the unruly passenger in question was his husband.

'Ivanka and Jared at JFK T5, flying commercial. My husband chasing them down to harass them', he wrote. According to reports, he later said in another deleted Tweet that his husband 'expressed displeasure in a calm tone'.

TMZ, on the other hand, claimed that that the passenger was 'berating' her and 'jeering' at her kids; who are 4-year-old daughter Arabella, 3-year-old son Joseph and 9-month-old son Theodore; but most sources have reported witnesses as claiming that there was no shouting.

One man named Marc Scheff claimed on Facebook that the incident happened near to where he was sitting, and gave his own account of what happened. 'A man got on and got upset about her and her family. He didn't accost her directly', he wrote. 'When he got on and saw her, sitting behind me, he said 'oh my god. This is a nightmare' and was visibly shaking. He said 'they ruin the country now they ruin our flight!''

He went on to explain that the reason the passenger thought the flight was 'ruined' was due to the flight being delayed because of the security protocols regarding Ivanka's boarding. 'He did not yell. He was also not what I would describe as calm. Agitated for sure. His husband behind him was very calm', he continued. 'When the JetBlue staff went back to speak to the man I overheard Ivanka say to them 'I don't want to make this a thing'.'

Another witness, Brett Murphy, told NBC News that 'there were definitely no raised voices'.

JetBlue later released a statement regarding the incident. 'The decision to remove a customer from a flight is not taken lightly', they said. 'If the crew determines that a customer is causing conflict on the aircraft, the customer will be asked to deplane, especially if the crew feels the situation runs the risk of escalation during flight. Our team worked to re-accommodate the party on the next available flight.'