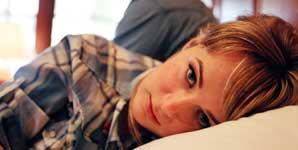 Scottish chanteuse Isobel Campbell has inked a long term worldwide recording deal with V2 Records. Isobel, formally of Belle & Sebastian, has spent the initial part of this year completing work on 'Ballad of the Broken Seas', the collaborative album recorded with former Screaming Trees & Queens of the Stone Age singer, Mark Lanegan. Although much of the album was recorded with Campbell in her native Glasgow, and Lanegan in Los Angeles, the two actually came together in the studio in L.A. in May to cut a number of new tracks for the release, including a new Lanegan penned song, 'Revolver' and a version of the traditional blues tune, 'St James Infirmary'. Isobel initially met Mark Lanegan in Glasgow while he was on tour with Queens Of The Stoneage. Professing to be a big fan of her music, Lanegan made an offhand comment about how he would love for them to make a record together. Isobel took the idea and ran with it, writing a number of songs with Lanegan in mind, communicating with him via the internet, and posting over tracks for him to add his vocals to.

"His voice is rough and a lot of people say mine is angelic," Campbell says of Lanegan. "It's the two sides of the coin, really. That's how we both always looked at it. It's very unlikely. It's a very feminine/masculine thing as well."

As for the sound of "Broken Seas," which features a "quite nasty" cover of Hank Williams' "Ramblin' Man" that Campbell says would fit well in a Quentin Tarantino movie, the artist offers, "I was going for an old-school kind of approach. I'd been listening a lot to the 'American Recordings' by Johnny Cash and I'm a huge, huge fan of Lee Hazlewood and Nancy Sinatra. It's kind of sun-bleached and psychedelic, with a little bit of folk or country."

'Ballad of the Broken Seas' is released on Janurary 30th 2006 with "Ramblin Man" to be released as a download and 7" single on 23rd Jan. The b-side features the exclusive track "Further Into The Night". Campbell plans to follow that up later in 2006 with a second album; the more folk oriented 'Milk White Sheets'

Full 12 track listing for 'Ballad of the Broken Seas', which is produced by Isobel Campbell, is as follows:
Deus Ibi Est / Black Mountain / The False Husband / Ballad Of The Broken Seas / Revolver / Ramblin' Man / (Do You Wanna) Come Walk With Me? / Saturday's Gone / It's Hard To Kill A Bad Thing / Honey Child What Can I Do? / Dusty Wreath / The Circus Is Leaving Town 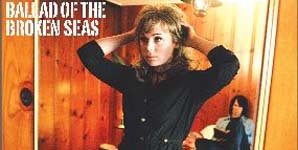