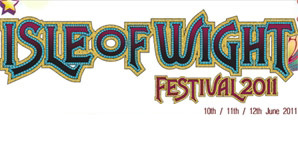 With the festival season in full swing both organisers and festival goers are suffering the usual headache of managing cash with the average queue at the ATM reported as over an hour. However Intelligent Venue Solutions (IVS), who have over 30 years experience in large live event management have proven that it could very soon be a thing of the past.

MasterCard engaged IVS to trial 'MasterCard® PayPass prepaid wristbands' at the Isle of Wight Festival this year. Distributed to people in the VIP enclosure on a first-come, first-served basis, Prepaid PayPass wristbands were pre-loaded with £30, which could be used to purchase food and drinks with a simple tap of the wrist. PayPass proved to be a huge success, with the overwhelming majority of users saying they would definitely use it again at future festivals, concerts and sporting events.

The Isle of Wight Festival isn't the first to trial prepaid/cashless technology - various UK trials at events such as the Wireless and Download festivals have been taking place over the past two years. However, the success of the IOW trial and others does appear to show a tipping point for widespread adoption of prepaid technology.

So what do festival goers think? There has been criticism of the concept, with some even believing it will encourage theft. However, discussions in festival chatrooms show there is some misunderstanding of how the prepaid wristband works, with one festival goer asking 'What about if you get mugged for your wristband and the thief clears out your bank account?'

Paul Pike of IVS explained why prepaid wristbands are actually the best way to protect your money 'Prepaid wristbands are not directly linked to your bank account. You load up as much money onto them as you intend to spend, and can simply top up as required. If you are unfortunate enough to lose or have your wristband stolen, the nearest 'luminous jacket' can report it and it can be immediately cancelled and re-issued. It would be impossible to offer the same security guarantees with a cash theft.'

There are of course other problems with using cash at festivals, specifically the huge float volumes needed to keep things ticking over. This obviously has huge security implications, as well as the logistics of transporting this volume of cash. The benefits of going prepaid are evident when you consider these statistics.

So, prepaid wristbands do seem to present a neat solution to festival organisers, but what else do they offer visitors other than a more secure form of payment? Huge queues can often be a deterrent when it comes to buying a drink or a snack, and with festival attendance up by 29% in the past five years the likelihood of having to wait in line is higher than ever. However, the PayPass trial at the Isle of Wight eliminated them completely. One of the catering staff even remarked that the speed of payment processing was 'incredible and left some customers just standing waiting for something else to happen!'

Naturally, there is some scepticism from festival goers about how easy contactless payment would be to use in reality. Recent criticism of festival drinks voucher schemes, which don't offer refunds on unspent vouchers hasn't helped the reputation of going cashless. There has also been some concern about what would happen if there was a system failure- would this prevent thousands of people from accessing their money? And would topping up involve queuing at a top up point for hours, in the same way you would if you wanted to use the ATM? Paul Pike says IVS are keen to work with festival organisers to correct the misconceptions, 'Before embarking on this trial we conducted a full study of the market to find out exactly what consumers wanted, and in turn ensured the technology was reliable enough to cope with demand. Back- up systems are in place to ensure festival goers can always access their cash, they can top up easily by phone, and any money left on the wristband at the end of the festival isable to be used outside the event or can be transferred back into their account.'

With the Isle of Wight Festival, Wireless, Download, Leeds and Reading all 'dipping their toe' into the water with contactless payment, how long will it be before widespread adoption? Paul Pike advises that gradual adoption is the best option, 'It's more important to get the product right from both the consumer and organiser standpoint than to 'rush to cashless' but within two years cashless will begin to be more widely available and adopted.'

Looking to the future Kevin Harrington, managing director of the industry Global Prepaid Exchange, said, 'There will be a lot of winners here; consumers and businesses will benefit. Less queues, quicker service and more security will be the wins for the music lovers and festival goers. Festival promoters and businesses will reduce the cash risks, get their money to the bank quicker and have great audit trails to manage and improve their business.'