Vince Vaughn told her that there could be a 'Wedding Crashers 2'.

Vince Vaughn and Owen Wilson could be set to re-unite for a sequel to 2005 comedy 'Wedding Crashers' according to Isla Fisher, who spilled the news on TV this week while promoting her latest movie 'Nocturnal Animals'. So far though, nothing has been confirmed for sure. 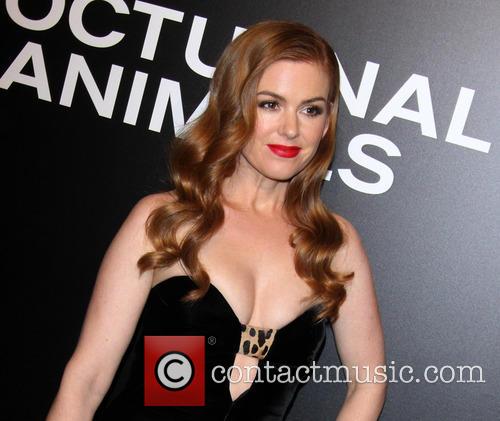 Isla Fisher reveals that there may be a 'Wedding Crashers 2'

The stars of 'Wedding Crashers' could be doing a 'Zoolander' soon and exploring the later lives of Jeremy and John in 'Wedding Crashers 2', with the first film having ended with the reprobate titular gatecrashers finally finding love in sisters Gloria and Claire.

'I bumped into Vince Vaughn at a party and he said that apparently we're going to be making a sequel', she told US TV's Today. 'I'm really excited to see what happened to Gloria. I shouldn't really announce it on morning television. But apparently there's some talk of it, which is fun.'

The 2005 movie, which also starred Christopher Walken, Rachel McAdams and Bradley Cooper, followed two divorce mediators who had developed a skill of blending into strangers' wedding receptions by pulling up family trees and memorising various relatives. Things got a little intense when they were invited to the extended weekend reception of the wedding of the U.S. Secretary of the Treasury's daughter at his house and they are subsequently found out. But it all ended happily when Jeremy (Vaughn) married bridesmaid Gloria (Fisher) and John (Wilson) found love in her sister Claire (McAdams).

If the rumour is true, it's unclear when filming will begin on 'Wedding Crashers 2', given that Vince is currently filming crime thriller 'Brawl in Cell Block 99' and has just completed work on fictitious Desmond Tutu drama 'The Forgiven'. Meanwhile, Owen is still in the studio lending his voice to 'Cars 3' and he has just been announced to star in action comedy 'Shanghai Dawn' with Jackie Chan.