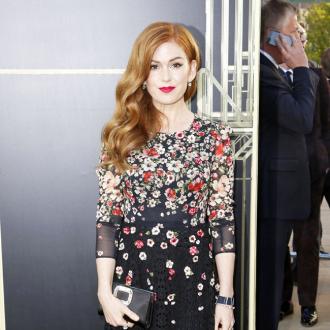 Isla Fisher found it easy to put on weight for 'The Great Gatsby'.

The 37-year-old actress gained 10 pounds to play Myrtle Wilson in Baz Luhrmann's adaptation of F. Scott Fitzgerald's novel alongside Leonardo Dicaprio and Carey Mulligan and Isla loved every minute of it.

''They didn't tell me to put on weight. I just knew the character was described as buxom, so I wanted to do the book justice.''

Isla previously admitted her fears that her stomach ''will never be flat again'' after giving birth a second time in 2010.

The actress - who has two daughters with comedian Sacha Baron Cohen - explained: ''I gained 65 pounds with my first baby and 70 with my second. I had severe morning sickness both times, so I mostly ate super-size bowls of white pasta with loads of butter and cheese because that was the only thing that took away the nausea.

''I had to shoot 'Confessions of a Shopaholic' about three months after I gave birth [the first time], so the producer, Jerry Bruckheimer, hired a trainer to work with me three times a week. That was both inspirational and terrifying because I didn't want to let the trainer down. After I had my second daughter, I slowly lost the weight by breast-feeding, hiking Runyon Canyon [in LA] and working with a trainer every couple of weeks.''

The 37-year-old beauty has come to terms with her post-baby body, however, as it reminds her of ''greatest achievement'' - her two daughters with the 'Les Miserables' actor.

Isla gushed: ''Even though it will never be flat again, it because it reminds me of my greatest achievement: my babies.''