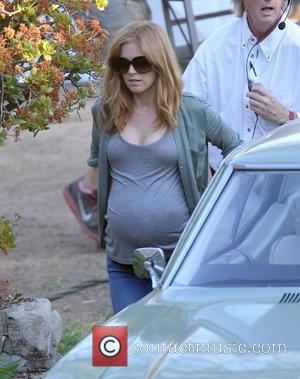 Picture: Isla Fisher - Isla Fisher shows off her huge pregnant belly bump while on the set of her new movie "Visions" filming in Highland Park...

The Great Gatsby star will join Cohen, Rebel Wilson and Gabourey Sidibe in the movie about a British spy who is forced to go on the run and team up with his soccer star brother, according to TheWrap.com.

The project, which begins production this summer (14), also reunites Fisher with her Now You See Me director Louis Leterrier.

Cohen is among the several producers.