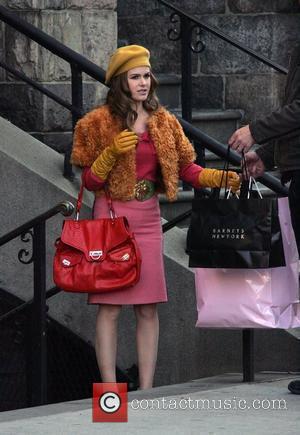 Picture: Isla Fisher on the film set for 'Confessions of a Shopaholic' New York City, USA - 15.04.08

Actress Isla Fisher's ex-fiance DARREN DAY has been charged with driving under he influence.
The 39-year-old actor was arrested by police in Cardiff city centre, Wales on Wednesday (18Jun08).
He was charged with drink driving and released on bail.
A South Wales Police spokeswoman said: "A 39-year-old man was arrested in Custom House Street at around 2am."
He is due to reappear in court on 2 July (08).
Fisher and Day ended their relationship in 1999. He has also dated Joan Collins' daughter Tara Newley, Debbie Gibson and Pushing Daises star Anna Friel.