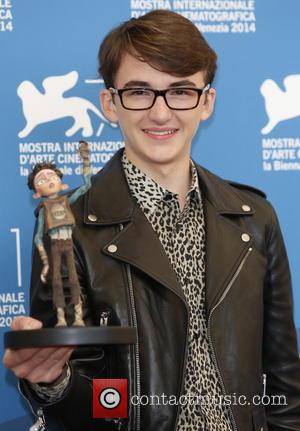 Breakout The Boxtrolls star Isaac Hempstead-Wright really got into character at the Comic-Con convention in San Diego, California in July (14) by eating spiders and bugs.

The young star, who plays Eggs in the hit film, admits he had a ball at his first Comic-Con and the highlight was sampling creepy crawlies cooked up by top chef David George Gordon.

He tells Wenn, "We had this 'eat the Boxtrolls' food truck and they had this great bug chef who created all these mad concoctions.

"We had fried tempura tarantula, tempura crickets and so I tried some of those and they were absolutely revolting! But I've got bragging rights now that I ate a tarantula."